All the Impact Hubs have their local story, but there is a global one that helps understand the big picture. Read the compelling story of dauntless men and women who wrote the first chapter of our global story.

How Change Got Global: The Founding Story of Impact Hub

Now more than ever we are being called to tackle urgent social and environmental issues. At the same time, our governments and economies are facing significant disruption, but this isn’t really a series of problems, this as an opportunity for transformative system change.

We believe that the only way forward is by joining forces to build a future where business and profit work in support of people and planet. That’s why we created the world’s largest acceleration and collaboration platform for positive change — what is now known as the Impact Hub network.

How did it start? 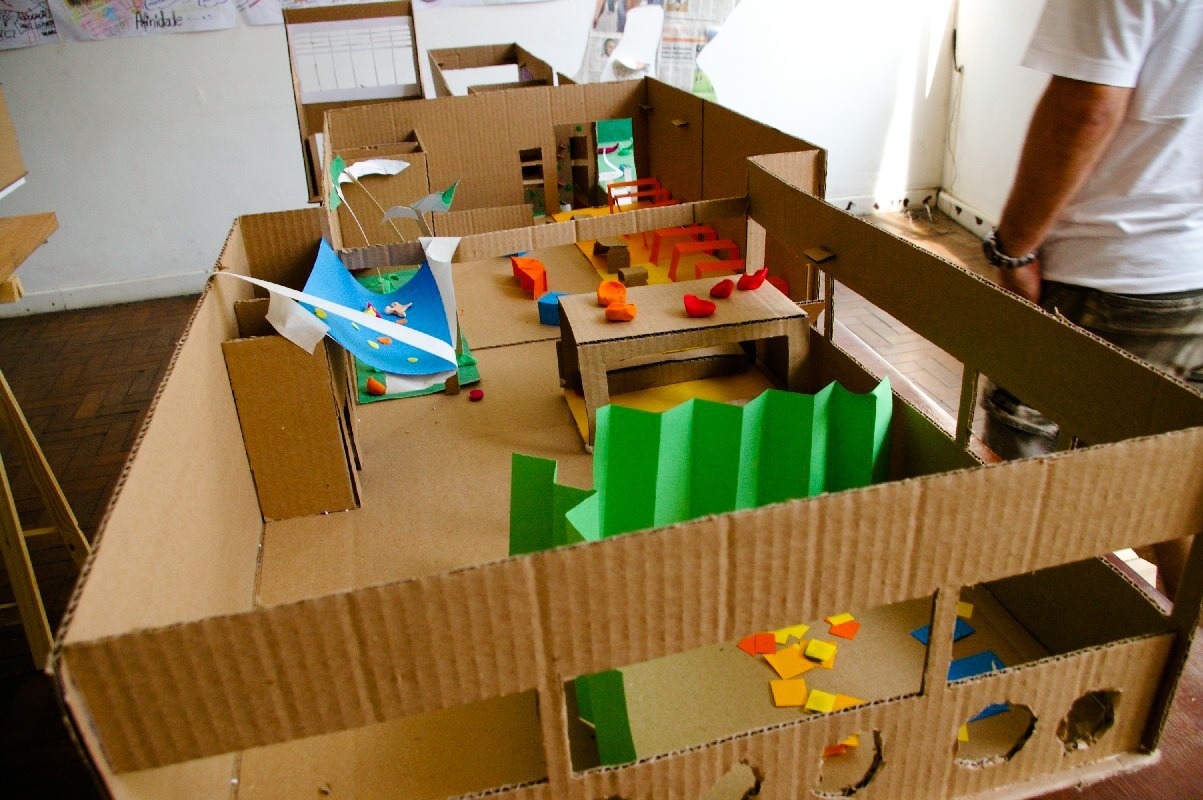 In 2000, a young, idealistic group of graduates from Wales’ Atlantic College decided to test the boundaries of the status quo. Securing London’s Royal Festival Hall for a millenium event, they wanted to initiate debate on the connections between global environmental, social, and political issues, persuading Nobel Prize winners and influential thinkers to speak. Even the Dalai Lama was enlisted for a video address.

Their boldness saw them invited to host an NGO event for the 2002 United Nations World Summit on Sustainable Development in Johannesburg. But instead of accepting it, they chose to create a more meaningful alternative — a people’s summit. They joined forces with local activists in Soweto who were transforming a township wasteland into the Soweto Mountain of Hope, aka ‘SoMoHo’, an arts, environmental education, and community hub, which outshone the UN summit and touched heads of state, as well as UN Secretary-General Kofi Annan. 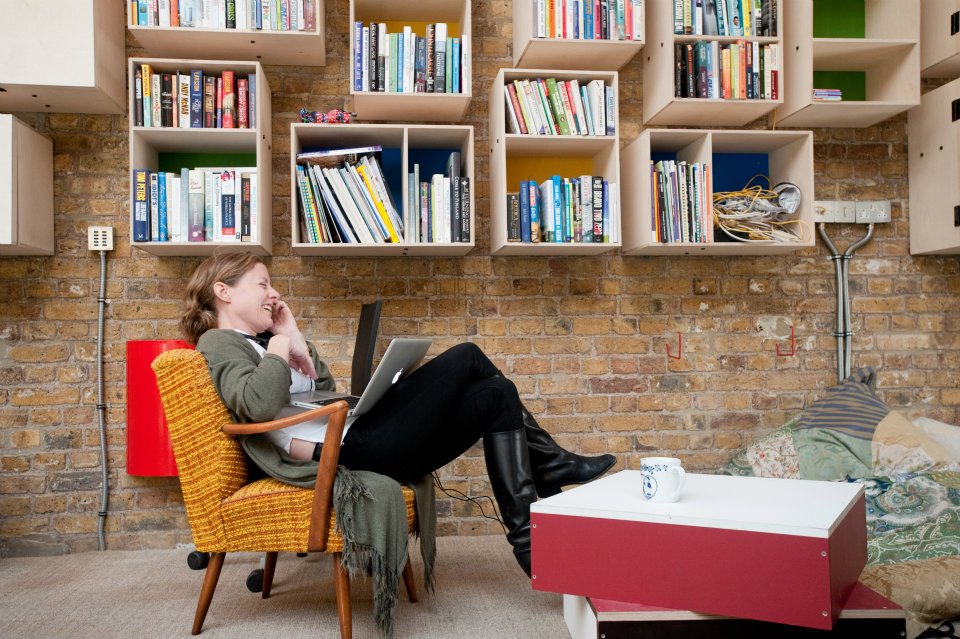 Back in the UK, they wondered how they could bring these perspectives into the world of work, and thereby help people consider more purposeful careers that tackle urgent world issues. Looking into it, it hit them: People were already trying to action impactful ideas from their kitchen tables, not reaching their potential in isolation. Their growing group of collaborators changed this in 2005, when they found a space to bring these isolated entrepreneurs and innovators together: a run-down London loft that would house the forerunner of Impact Hub. 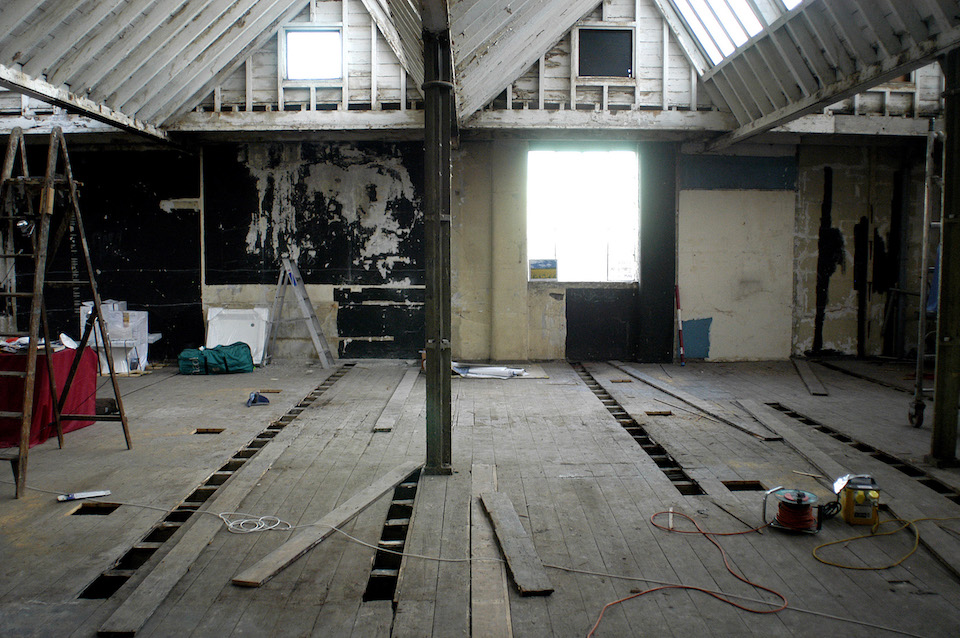 The concept of ‘The Hub’ came to life, bringing changemakers together with the shared workspace, community, and events needed to advance their ideas and create new collaborations. Soon transformed with a community-designed interior using recycled and reused materials, The Hub met London impact makers’ needs for a collective action space and quickly filled up. 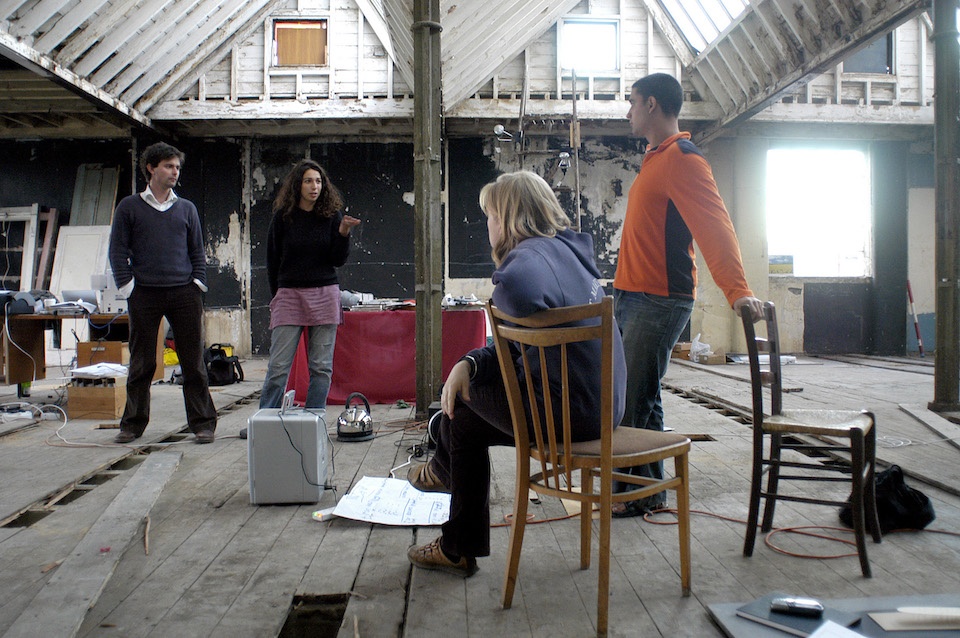 Months later, The Hub’s rapid growth made its hosts reach out to their networks, keen to discuss how to best support their expanding impact community. To their surprise, the resulting gathering in 2007 had little to do with member support but instead was full of people eager to find out how to open their own local Hubs all over the world. 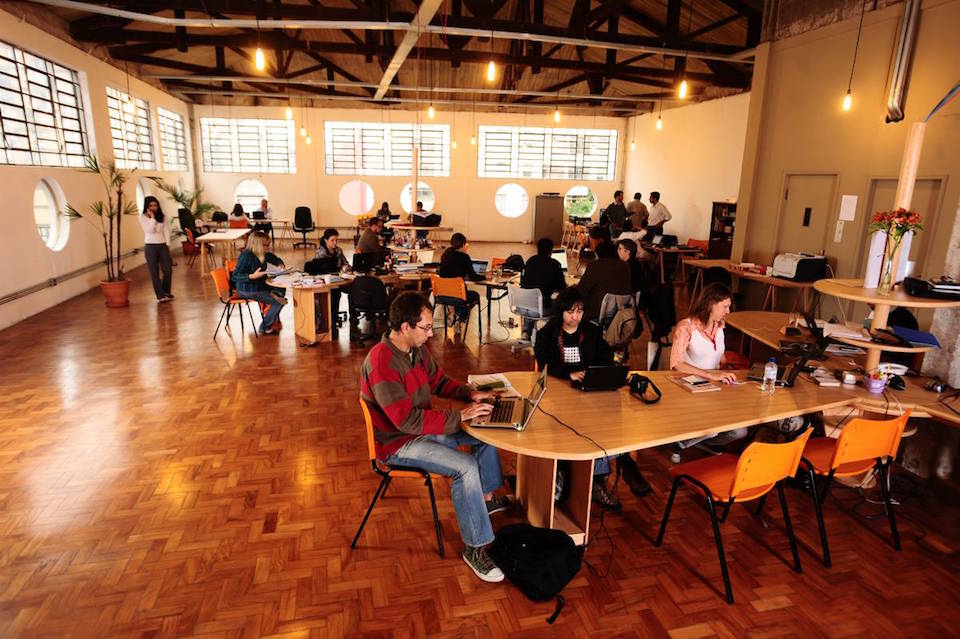 An Impact Movement Is Born

So the team examined the principles of space co-creation and community building that were born in Soweto and tested in London, curious to see if Hubs might also work elsewhere… By 2008, there were nine Hubs on three continents.

The new spaces became rallying points for people passionate about building a radically better world, and the new Hub founders also connected — seeking inspiration in London and traveling to each other’s spaces to find out how to turn societal challenges into opportunities. 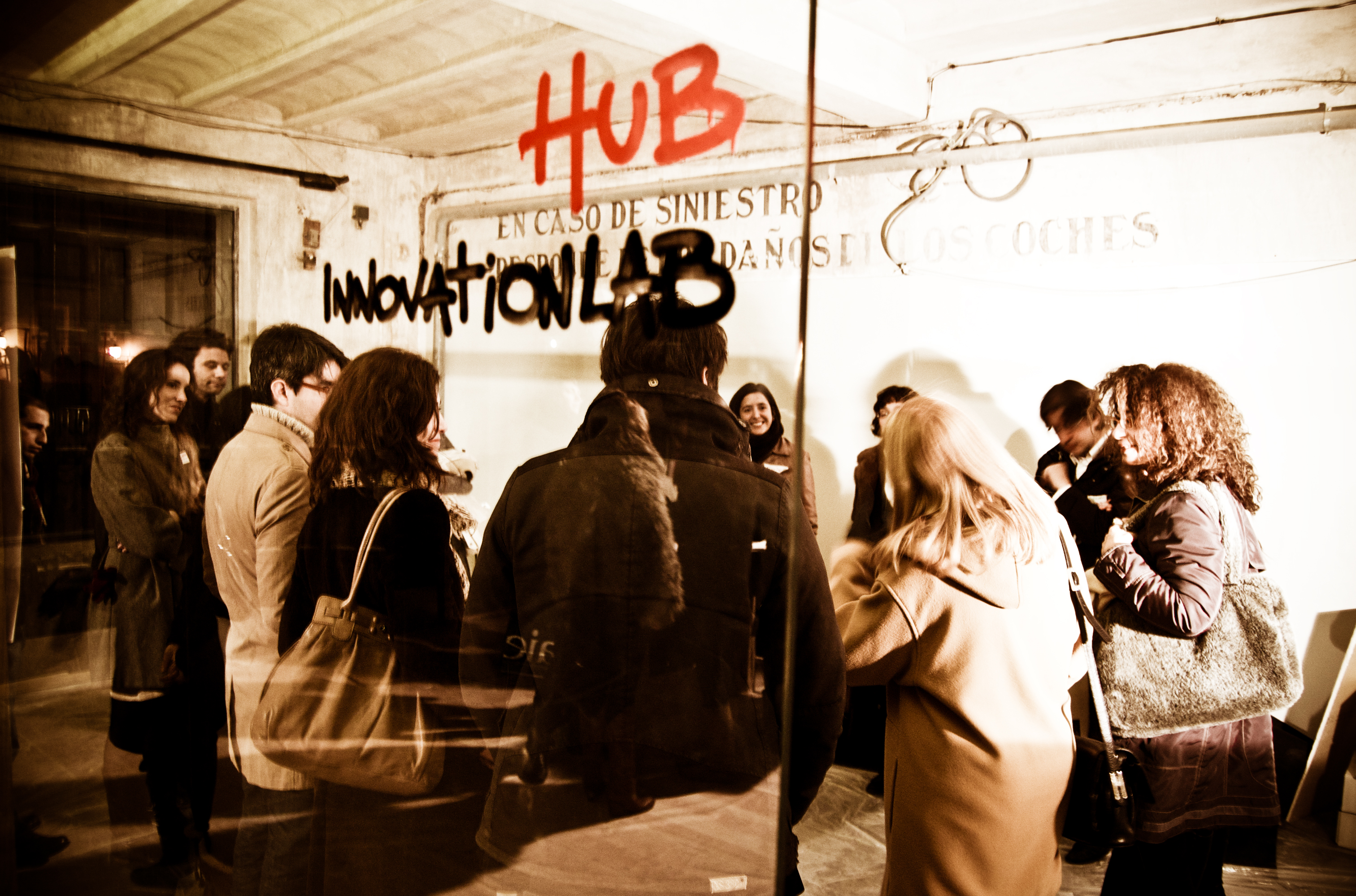 Dozens of would-be Hubs emerged following a centralized body in London, which envisioned the blooming network of Hubs developing as social franchises. But, by 2010, the founding teams came to a realization: Their future had to be a collective one.

This realization led to the creation of a bottom-up, democratic governance model. It came to life in late 2011, marking the Hubs’ transformation into a genuine collective: one with a co-leadership structure and shared practices to shape a new way of doing business together, in and for the world. 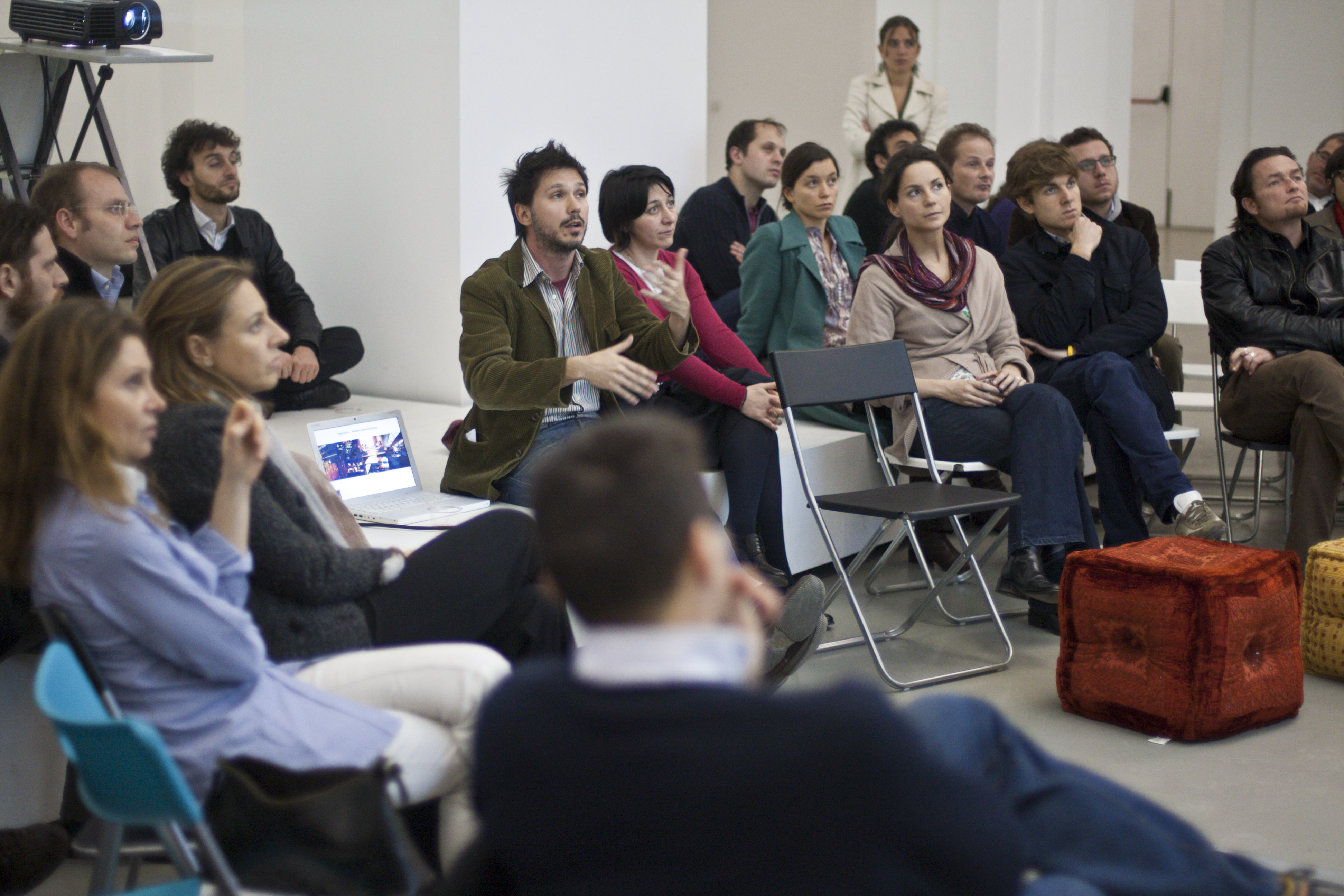 In 2013, the empowered network reinforced its focus on purpose-driven innovation and, with this, chose a more fitting name: Impact Hub. Over the next four years, Impact Hub expanded its global reach and more than doubled its community of entrepreneurs and innovators to over 16,000 members across the globe. Instilling conscious leadership around social and business innovation, Impact Hubs inspire, connect and enable positive change across diverse contexts and economies to prove that the future of business is found in profit that serves people and the planet.

In 2018, as a truly global network, it is now tackling its next challenge: Impact at scale.

You can also check out Impact Hub’s photo story in full. 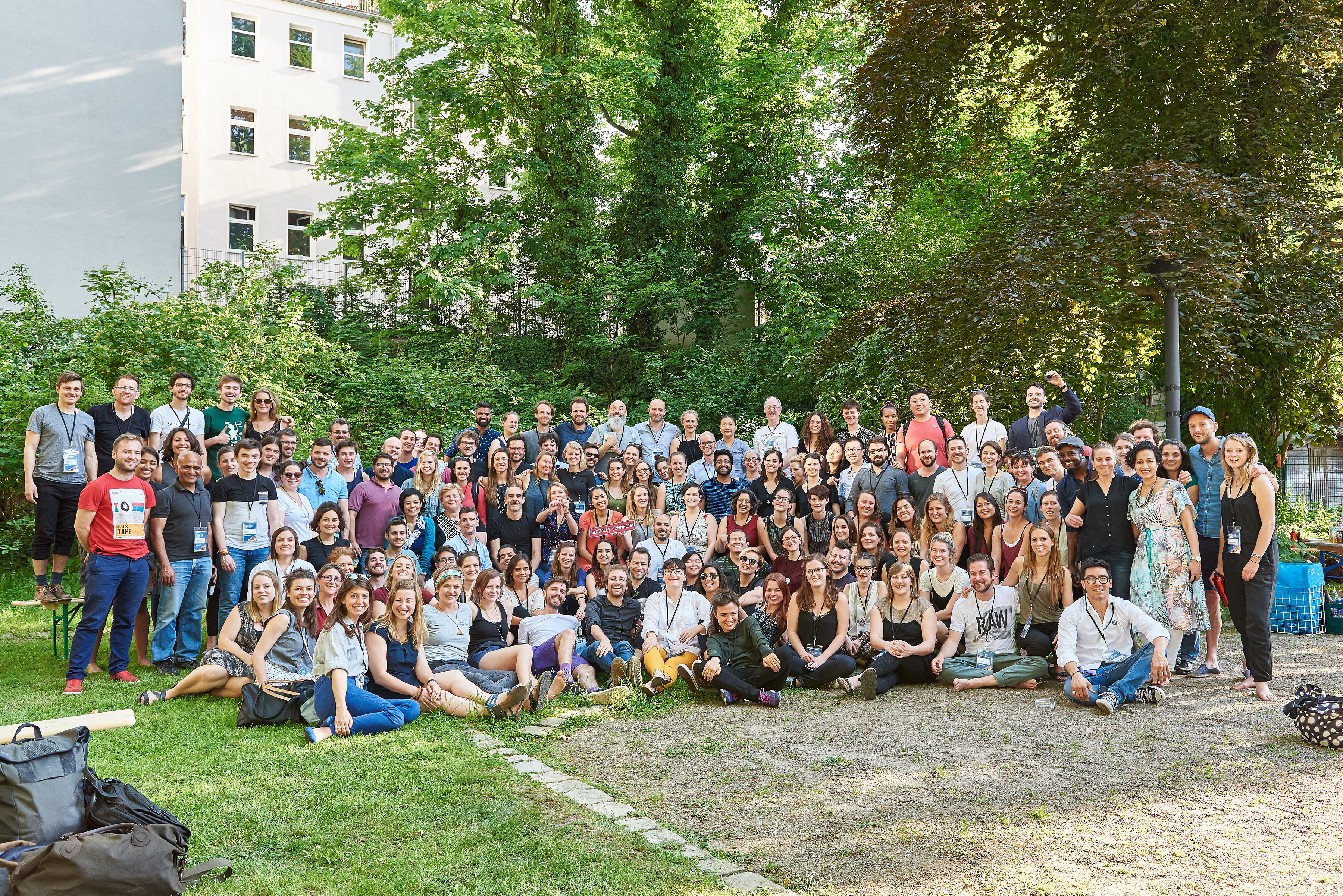 Want to know more? Curious about how you can join us?

Check out our latest Impact Report.

Written by: Joe Dogshun (originally published on the global website on 22 June 2018.)